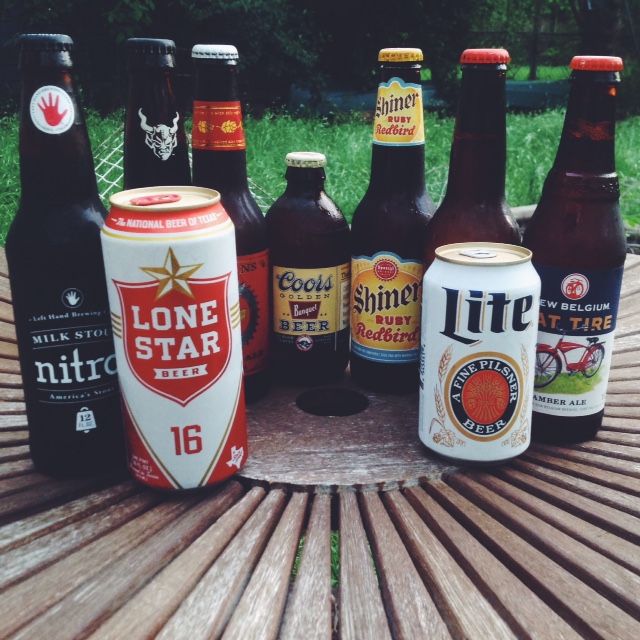 Balancing the Bar and the Barre

Yesterday was National Beer Day, but let's be honest, we hardly needed an excuse to crack a cold one. In honor of National Beer Day and the upcoming summer season I bring you a short list of low-calorie options. I have come to love all different types of craft beer, but many craft beers are very high in calories (a good number are over 220 calories!). We don't want to break the calorie bank every time we want a delicious beer, so here's a good starting point.

Assumptions Re: The Light Beers- I'm just getting this out of the way before we head down through some craft beer options. We can all assume that the Miller Lites, Coors Lights, Bud Lights, Bud Selects, and the Michelob Lights of the world are all great low-calorie options. They all range from 64-120 calories. So yes, any time you want a beer, but not the calories and a light beer is around...have no fear you made a good choice.

1. Shiner Ruby Redbird: 126 calories. This is a great summer beer and is only a mere 10-20 calories more than a Bud Light or Miller Lite. I love seeing Shiner Ruby Redbird at the store. It's one of the signs that spring is here and summer is close. It's got a great grapefruit taste without being too sweet. Simply refreshing.

2. Guinness: 126 calories. This is a dark beer, goes great with ice cream, and has tons of flavor. Therefore you would think that Guinness would be one of the highest calorie beers. False! Again, this beer is only 10-20 calories more than a Bud Light or Miller Lite! This beer is almost a unicorn, but it exists! You can have a dark beer without the guilt.

3. Omission Lager: 140 calories. I know this beer is a little bit higher in calories than the first two in this list, but listen... If most IPAs, hefeweizens, and stouts are anywhere from 180-240 calories then finding a 140 calorie beer that also happens to taste good is a great deal.

4. Hoergarrden: 147 calories. Last, but not least is Hoergarrden. This wheat beer has a great citrus flavor. It's like sunshine in a glass. Between Hoergarrden and Ruby Redbird you'll be set on your summer beers.